There’s a lot of buzz about espresso machines: what’s the best value, which has the best pods, and which one to buy are all relevant questions.

I’ll show you the answer, but it may surprise you.

The best espresso machine may be a beast, and take up your entire countertop, or be as ugly as a boulder, so long as it produces the very best espresso.

When it comes to making the very best tasting espresso, sometimes other stuff gets dropped by the wayside. 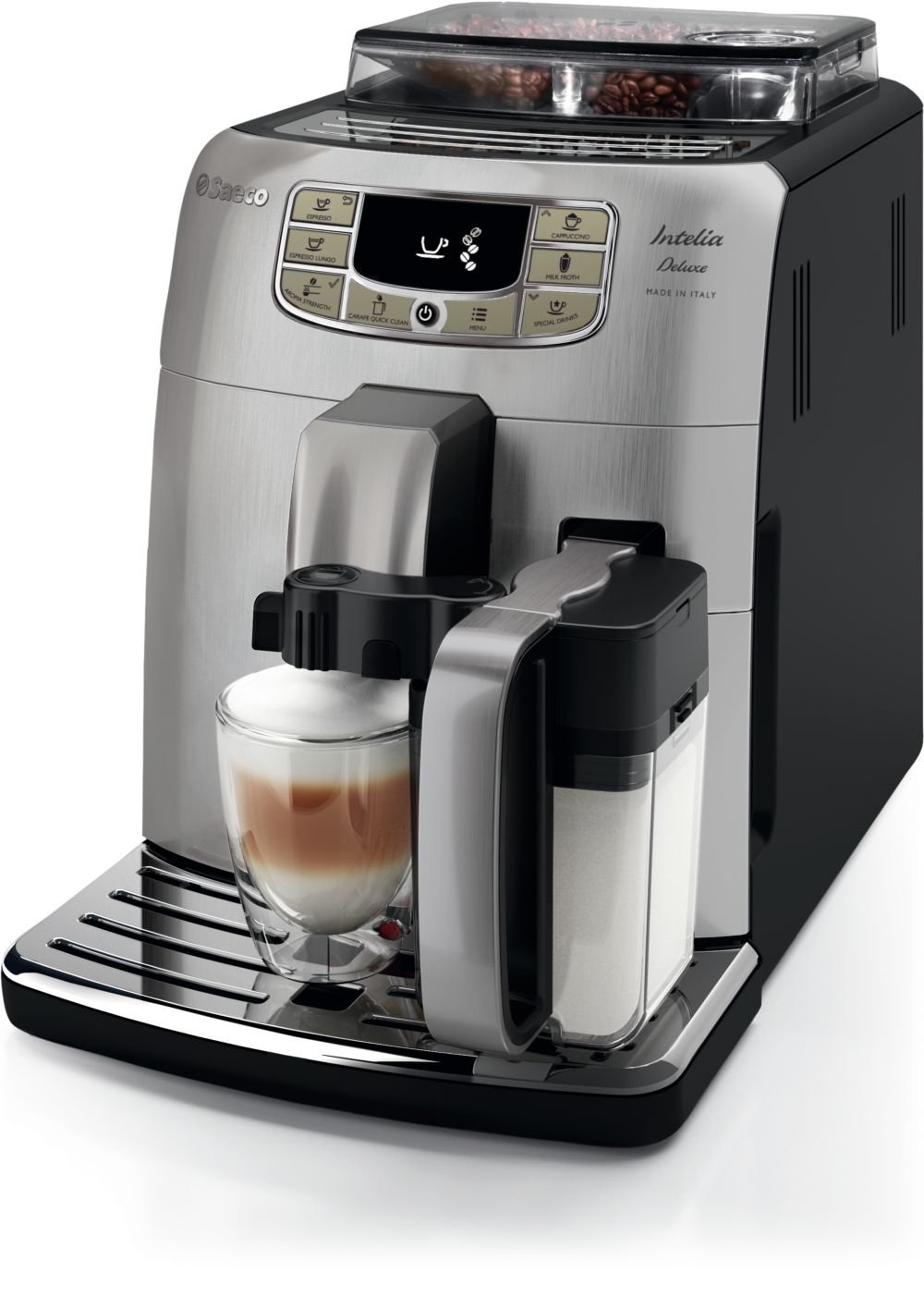 Wow, this rig is one for the history books. It isn’t for casual espresso consumers, that’s for sure.

The Intelia combines state of the art engineering with a mediocre exterior to provide the best damn cup of espresso that has ever been emitted by a machine, and it does this with a bare minimum of user participation, save for awe in the final product.

Sure, the form factor is kind of gross looking, but just close your eyes while you sip, and its exterior will be forgotten instantly.

Complete with a good grinder, acceptable user interface, and relatively simple cleaning protocol, the Intelia’s real strength is in its pumps and heating elements.

The pumps are powerful, far surpassing the pressure of many other home espresso machines.

With that being said, I know of a few mediocre cafes that would be massively improved by picking up an Intelia.

The heating element is similarly exquisitely endowed, capable of generating superhot steam in a minimum of time.

The two combine to make a perfectly consistent cup of espresso, with each whirr and murmur from the machine corresponding to hard work behind the scenes.

Did I mention that this sucker is loud? The Intelia isn’t about to win any awards for stealth, as the grinder is exceptionally vocal. The powerful pumps are also satisfyingly noisy, giving the user an impression of the power that’s underneath the hood. The steam is clearly at

The steam is clearly at the proper temperature, as the espresso exits the nozzle at a frighteningly hot temperature.

Thankfully, the high voltage heating element makes no noise—if it does, you should probably turn the machine off and call maintenance, because with power like that, it’s almost certainly a fire hazard.

The Intelia wins because it has no hesitations about its purpose.

Its purpose is to create the very best cup of espresso regardless of all other concerns.

The machine itself accomplishes this goal quite well, although it can be a bit intimidating to users who aren’t ready for such an intense experience.

You may also want to keep this unit stashed among some other more visually appealing appliances within your kitchen. I know, it’s not horrendous looking, but it does better when the end user only tastes the final product. 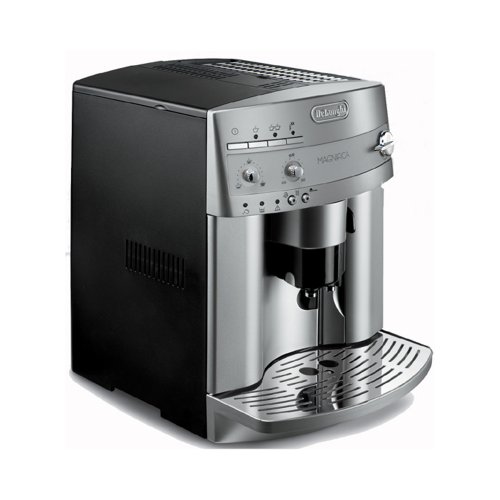 The Magnifica is, in a word, magnificent. The information-age minimalist aesthetic seems augmented by the foamer’s nozzle rather than disrupted by, as with many other espresso machines. Once again, the real beauty of the Magnifica is in its pumps and heating elements, invisible beneath the form factor.

The pumps manage to salvage the otherwise-laughable idea of Italian engineering. The heating element also plays its role quite well, resulting in a strong and frothy espresso shot.

The grinder itself creates the optimal consistency for the pressurized steam, and really ties the package together.

Cleaning it isn’t that easy, but it’s not meant to be cleaned so much as it is meant to be powerful. As such, users should take special care with their Magnifica, given its sensitivity. 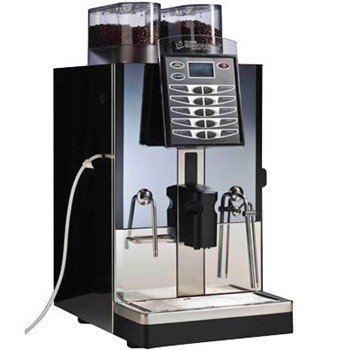 This is the espresso maker that the bourgeoisie use. Of course, the Talento would look at home in an all-marble kitchen, complete with its dual bean silos and minimalist exterior.

With that being said, this thing is a pig, taking up a huge amount of space, and power.

You’ll definitely want to put this through heavy use, as it’s more than capable of maintaining its heat element’s temperature throughout the day if you keep it on.

The Talento also knows that it can take its time to produce the perfect cup of espresso, and so, it does.

You may need to call a guy to take care of this for you when things go south, but hey, that’s the cost of brilliance.

Sensitive components produce superior quality espresso that has a wide range of subtlety. 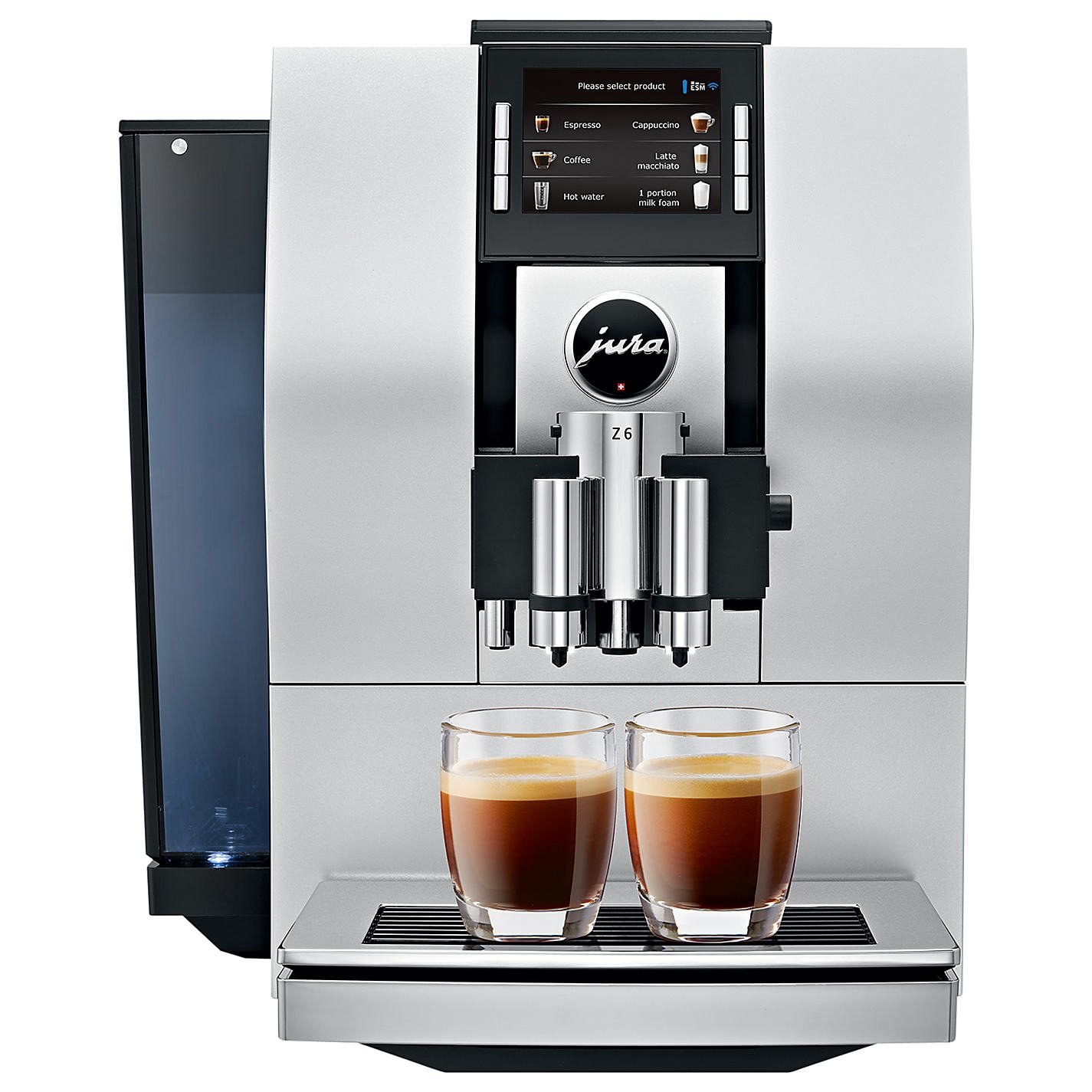 It even sounds futuristic. The Z6 isn’t the most relatable of the top tier espresso machines, with an exterior that has the aesthetics of the DeLonghi but the intimidating footprint of the Talento.

In other words, it’s large, could be in a Star Trek episode, and it isn’t pretty. Of course, it produces a damn fine cup of espresso, and it’s more than capable of multiple cups at the same time, complete with multi-foaming and strong pumps.

It’s not the flashiest of these top-level espresso machines, but it’s hardly a slouch, either.

In my opinion, the Z6 belongs in a laboratory or something similar rather than your kitchen, but the espresso it produces is top notch.

So, which machine is the one to rule them all?

So long as you pick the right beans and keep the beans fresh, the Intelia will serve you well. It’ll cost a pretty penny, but producing the perfect espresso ain’t easy.

Having granular control over the strength of the espresso and quality of the burr grind are perks that few other espresso machines nail as effectively as the Intelia.

The foamer produces perfectly airy suds, provided that milk with a high enough fat content is provided. Unlike the other machines on this list, the Intelia isn’t going to eye-catching, but it will be tongue-catching.

Find out more or adjust your settings.

This website uses cookies so that we can provide you with the best user experience possible. Cookie information is stored in your browser and performs functions such as recognising you when you return to our website and helping our team to understand which sections of the website you find most interesting and useful.

Strictly Necessary Cookie should be enabled at all times so that we can save your preferences for cookie settings.

If you disable this cookie, we will not be able to save your preferences. This means that every time you visit this website you will need to enable or disable cookies again.